8.1 Seemingly different Impact of Spaceflight on NASA, ESA and Roscosmos space crew regarding the perivascular space

Background: Recent studies demonstrated changes in multiple cerebrospinal fluid (CSF) compart-ments after long-duration spaceflight on the International Space Station (ISS), but whether these changesequally affect spaceflight crews of different space agencies and how they relate to the spaceflight-associatedneuro-ocular syndrome (SANS) remain unclear. We assessed the spaceflight-associated alterations de-tectable in multiple CSF spaces of National Aeronautics and Space Administration (NASA) astronauts,Roscosmos (ROS) cosmonauts, and European Space Agency (ESA) astronauts, and investigated theirrelation to SANS. Methods: We performed a joint analysis of brain magnetic resonance imaging (MRI)scans acquired before and within the first two weeks after long-duration spaceflight on the ISS in NASAastronauts, ROS cosmonauts, and ESA astronauts. MRI data from NASA astronauts involved in missionsof short duration in the Space Shuttle Program and controls on Earth were analyzed as well. Volumemeasures of the perivascular spaces (PVS), lateral ventricles (LV), and subarachnoid space at the ver-tex (VSA) were obtained and analyzed across time and groups. Findings: PVS volume increased afterlong-duration spaceflight, with significantly greater percent enlargements in NASA astronauts comparedto ROS cosmonauts (25.5% and 12.4%, respectively, p=.006). Moreover, LV volumes increased and VSAvolumes decreased after long-duration spaceflight in all space crews. PVS enlargement was positivelycorrelated with upward brain shift (rs=0.33, p=.04). Further, mission duration was positively corre-lated with changes in PVS volume (rs=-0.32, p=.04) and negatively correlated with VSA volume changes(rs=-0.53, p¡.001). Both pre- and post-flight PVS volumes were significantly higher in NASA astronautswho developed SANS compared with NASA astronauts who did not. Additionally, the NASA astronautswho developed SANS had a significantly larger percentage increase in PVS than the ROS group (p=.02).Interpretation: Long-duration missions to the ISS are associated with PVS volume increases in spacecrews, while not equally affecting NASA astronauts and ROS cosmonauts, which could be related to sev-eral factors including differences in countermeasures and/or training protocols. Furthermore, the amountof fluid in PVS is linked to SANS. Further investigation of the mechanisms underlying these structuralchanges in PVS might provide insight into the pathophysiology and prevention of SANS as well as intothe physiology of PVS and cerebral fluid drainage. 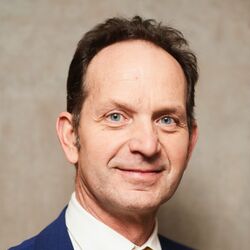 Head of Lab for Equilibrium Investigations and Aerospace (LEIA), University of Antwerp