Highlight Lecture 3: The Kepler space mission for the search of Earth-like planets

Thanks to the Kepler orbiting space telescope, there is now clear evidence for substantial numbers of three types of exoplanets – gas giants, hot-super-Earths in short period orbits, and ice giants.

Dr William Borucki, a space scientist at NASA’s Ames Research Center, presented some of the latest findings and discoveries to delegates at the 63rd International Astronautical Congress (IAC) in Naples, Italy (4 October 2012).

His Highlight Lecture also looked at the technical challenges faced by the ground-breaking mission and discussed some of the most recent discoveries in the context of the current knowledge of what exoplanet systems are like.

He said that the challenge now is to find terrestrial planets (those one half to twice the size of Earth), especially those orbiting in the ‘habitable zone’ of their stars where liquid water might exist on the surface of the planet.

Speaking about the formation of planetary systems, Dr Borucki said that with the Kepler spacecraft, the science community had finally got the technology to begin finding planets around stars.

“If Kepler finds many, there might be a lot of life out there in our galaxy, if it finds none, then there might be none,” he said. “Whatever the answer we get, it will be very important for the future exploration of our galaxy.”

Dr Borucki, a principle investigator of the Kepler mission, first began advocating for a spacecraft to search for planets around other stars in the 1990s.

Kepler mission objectives include determining the frequency of Earth-size and larger planets in the habital zone of Sun-like stars; determining the size and orbital period distributions of planets; and associating the characteristics of the planets and those of their host stars.

Among the questions to be answered are, how common are Jupiter-like planets relative to super Earths and their orbital periods? Answers will help scientists derive whether or not there are habitable Earth-like planets.

He explained that trying to find exoplanets using a large light-gathering telescope just doesn’t work because of the brightness of the nearby stars. “What we do with Kepler is look at the way a planet influences the star itself using transit data.”

To search for transiting planets, the research team used data from the Kepler space telescope, which measures dips in the brightness of more than 150,000 stars.

This ‘transit method’ of detecting extrasolar planets offered many challenges for an orbiting spacecraft, namely identifying detectors that had the necessary precision to detect Earth-sized planets.

It was also necessary to prove this could be done on-orbit because the sources of noise here are different from those associated with ground-based telescopes on Earth.

The photometer must be space-based to obtain the photometric precision needed to reliably see Earth-like transits and to avoid interruptions caused by day-night cycles, seasonal cycles and atmospheric perturbations.

Once detected, the planet’s orbital size can be calculated from the period (how long it takes the planet to orbit once around the star) and the mass of the star using Kepler’s Third Law of planetary motion.

In essence, the Kepler mission is very specifically designed to survey our region of the Milky Way galaxy to discover hundreds of Earth-size and smaller planets in or near the habitable zone and determine the fraction of the hundreds of billions of stars in our galaxy that might have such planets.

Describing the ‘habitable zone’ around other stars as “a very fuzzy concept”, Dr Borucki added: “This means not too hot, not too cold – in the region between the fire and ice, just right for water to pool on the surface and for life to develop.”

Among the current challenges faced by the Kepler mission, scientists are managing the ‘noise’ from onboard electronics systems. “Essentially this means we must calibrate every portion of every frame,” he said.

More importantly, engineers are now working to protect the remaining three (of four) reaction guidance wheels following the failure of one. The loss of a second wheel would mean the end of the mission altogether.

Dr Borucki also spoke about future possible telescopes that would be able to detect daily and seasonal variations of reflected light and thus provide more clues to the habitability of exoplanets. 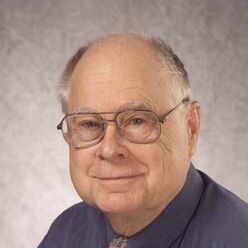