When natural disaster strikes in any part of the globe, the space agencies of the world spring into action to provide valuable and timely data from the unique vantage point of Earth orbit to help with critical relief efforts.

Tsunamis, forest fires, earthquakes, volcanoes or other phenomena can have both immediate and far-reaching effects on the population and the ecology of the land, as the recent tsunami on the coast of Japan demonstrated.

With the shadow of Mt Vesuvius close by, the topic was also close to the heart for delegates attending the fifth Plenary session on Wednesday, 3 October at the 63rd International Astronautical Congress (IAC) in Naples, Italy.

One expert in disaster relief operations, Francesco Pisano of the United Nations, told delegates that in crisis management, the end user was not always looking for “the prefect map”.

This is because the situation can often change within hours – and he urged those responsible for providing Earth Observation (EO) data not to become obsessed with detail.

As Manager of UNOSAT (Operational Satellite Applications Programme) at the United Nations Institute for Training and Research (UNITAR), Pisano explained that he made regular use of EO data.

UNOSAT is an operational programme of the United Nations, offering humanitarian aid and relief coordination, human security, and territorial planning and mapping.

“In the professional domains represented in this gathering, we all have responsibility,” he stated. “Mapping from satellites is now a standard and serious business – it is no longer about ‘stunning’ audiences.”

He said that space provides a “slice of the sandwich” to enhance the decision-making capacity of those who have to take action in disaster situations.

Pisano went on to suggest that in order to make data “digestible” for local use – where there may be no or little expertise in EO data interpretation – more decisions by operators had to be user-driven.

• the role of space in the pre-crisis period (risk assessment, prevention and preparedness), including in particular on the consideration and presentation of a large range of usable sensors and missions,

• the role of space in crisis response, including the role of the International Disaster Charter: how it works, its main achievements to date and future challenges,

• and post crisis disaster management, with an important focus on user needs, and covering volcanoes, earthquakes, tsunamis and other disasters.

Maurice Borgeaud, Head of Department, Science, Applications and Future Technologies Earth Observation Directorate at ESA, agreed that in order to deliver the most valuable kind of data, the space community needed to question exactly what users wanted.

He explained that ESA, a member of the International Charter for Space and Major Disasters, had a huge archive of Earth Observation (EO) data from the ERS and Envisat missions which was invaluable when wanting to compare current data with that from the past.

He described three stages of disaster risk management – pre-disaster, disaster response and post-disaster and explained how EO data could help with each.

Masanori Homma, Executive Director, Space Applications Mission, Spectrum Management, Space Tracking and Data Acquisition, and Environmental Test Technology, at JAXA, said Japan had introduced the concept of ‘Sentinel’ to the Asia region over the past four to five years.

Space provides value-added information and he showed examples of satellite EO images taken before and after the Tsunami of March 2011 showing the extent of the flooded areas. “Such imagery gives us an overview of how serious such a disaster is,” he said.

“Satellite data helps us find solutions to some problems,” though data supplied from many different satellites includes duplications because of similar orbital parameters.

He urged delegates and those responsible for defining and operating new systems to work together to ensure coverage is as wide as possible.

Satellites can also play a role in assisting post-disaster recovery efforts. One example being navigation satellite systems which can help with efficient infrastructure reconstruction.

Homma also warned that ground systems could be vulnerable in large scale disasters and operators should consider ways of making the ground segment as robust as possible. 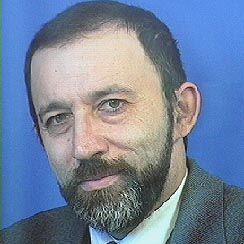