The space community was urged to embrace new social networking media such as Twitter and Facebook during a forward-looking seventh Plenary session where delegates were asked to consider how they might integrate social networking into their everyday work lives.

Bill Nye, CEO of the Planetary Society in the United States, introduced the Plenary by stating that one seventh of the world’s population now used social media and said that space agencies and organisations were now beginning to “take it seriously”.

Although generally thought of as an outreach and communication tool, several groups – such as Zooniverse, DeforestAction and UrtheCast – have started to use social media and “citizen science” to support science projects.

Citizen science is scientific research conducted by crowd sourcing, in whole or in part, by amateur or non-professional scientists. It can help gather data that will subsequently be analysed by professional researchers.

Emma Fry described the information distribution opportunities offered by social media as an “add on” rather than replacement for standard methods of distributing information.

“It is such a new field that there are no formal policies yet in place,” she said, advising any company or organisation considering using social media to ensure it followed procedures, just as it would for releasing other information through conventional channels into the public domain.

Delegates were encouraged to tweet or email questions to the panel during the session but were prevented from doing so due to technical problems – an illustration of one of the obstacles before social media.

The panel of experts, all aged between 21-35 years, were enthusiastic proponents for the use of social media and also agreed that citizen science had the potential to enhance space missions and technology while engaging and exciting the public in a new way.

A live social media event took place at the IAC later in the day with a ‘Tweet Up’ on the occasion of the World Space Week, in the IAF Global Network Forum (GNF) area. 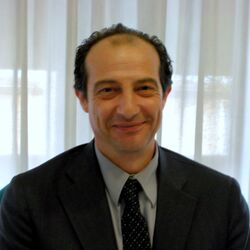