The main directions of Russian cosmonautics development for the nearest decade were determined by the Federal Space Program for 2016-2025. In the area of human space flights the program provides for:

Intensity of the Russian research program implementation aboard the ISS will be increasing in combination with expansion of a number of scientific investigations that will be executed jointly with the ISS Program partners.

The important element of the Russian human spaceflight program aboard the ISS is a consecutive implementation of commercial projects. Development and adoption of new space technologies, which can be used in commercial projects, are underway.

After completion of the ISS flight it is planned to undock from the station the ISS RS new (2nd stage’s) modules and use them for creation of a new Russian orbiting station, utilization of which will provide for a wide international cooperation.

Federation human spacecraft of a new-generation is developed for missions to LEO and to cis-lunar orbits. The vehicle will be launched to LEO from Vostochny launch site in 2021 atop Angara-5P launcher that is under development now. For missions to the Moon a new launcher of a super-heavy class will be used.

Both Federation spacecraft and a super-heavy launcher should become key elements of long-range programs for deep space exploration, including missions into cis-lunar space and on the Moon as well; multipurpose missions to asteroids; missions to satellites of planets and on Mars. The missions’ configuration forming and development of the future programs architecture are underway. 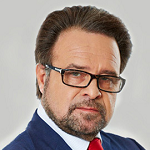