October 4, 1957 marked the end of the confinement of the human species to the Earth Surface and its atmosphere. A new perspective of the space around us was constructed along the years as manmade spacecrafts were able to go deeper into the Heliosphere, the cavity dominated by the Sun. Nevertheless, observations of the Sun and the space around us continued to be done from Earth based observatories, and techniques were refined and sophisticated following the technological development. Earth observations became a natural complement of spacecrafts. Mexico has a long tradition for hosting and promoting space observations from its territory. The first geomagnetic observatory dates back to the 1870´s. Surveys of the latitudinal change of the cosmic ray flux were done in the 1950´s, when the first permanent cosmic ray station was installed in Mexico City. Nowadays UNAM has: magnetic observatories that constitute a National Service, cosmic ray detectors of various kinds operate in several places of the territory and belong to the International Cosmic Ray Network; ionospheric monitor; installations to follow solar wind disturbances; solar observatories in different bands of the electromagnetic spectrum; and a network to observe and study meteoroids (the Mexican Meteoroid Network). The talk will focus on the description of the currently operating observatories, its objectives and scientific contributions, putting them in a historical and worldwide contemporary perspective.

Developing a space program is a complex endeavor and every country has to find its way. The development of space science and technology has been intensified in recent years at UNAM through multidisciplinary collaborations. The Facultad de Ingeniería-UNAM (Engineering Faculty) is developing the space program mainly in the Unidad de Alta Technology (High Technology Unit), located at the UNAM campus in Juriquilla, Queretaro. Currently this Unit is working on three major projects: Microsatellite Condor, for ionospheric studies , microsatellite Quetzal MIT UNAM, for atmospheric pollution measurements and the National Space Laboratory for Space Engineering, with capabilities for integration and testing of satellite systems, funded by the Consejo Nacional de Ciencia y Tecnología (National Council for Science and Technology). We are actively developing interactions with national and international institutions. The collaboration with the Agencia Especial Mexicana (Mexican Space Agency) has helped to understand the national approach, where several vicious cycles should be broken by networking, joint collaborations and industrial liaisons. Space technology education will be promoted, based on the national economic model and the more developed industrial demands. 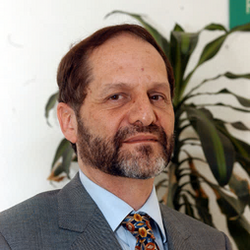 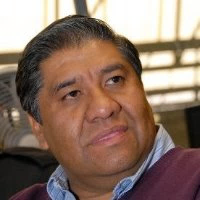