At present almost all small satellites are launched using a ride-share service that piggy-backs onto a larger customer. The small satellite operator has no control over the launch. A situation that is not very satisfactory for either commercial or scientific activities. There is therefore a significant commercial opportunity for the development of dedicated launchers for small satellites.

A substantially reusable system will decrease costs if the technology is right and minimal refurbishment is needed between each flight. In addition, introduction of an air-breathing facet to space launch, and therefore some aspects of aircraft-like operations, will improve performance and remove the rigidity of fully rocket based systems. The SPARTAN reusable satellite system has been developed by the Centre for Hypersonics at The University of Queensland, Australia (UQ) in response to this opportunity. It is a 3-stage rocket-scramjet-rocket system that includes;

The keynote lecture will describe the performance and characteristics of SPARTAN, and how it could revolutionise the rapidly changing business of satellite launch. 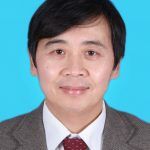 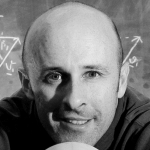 Professor, Head, School of Mechanical and Mining Engineering, The University of Queensland