Reusability: The Key to Reliability and Affordability

In the dynamic landscape of today’s aerospace industry, reusability has emerged as a major differentiator to achieving highly reliable, affordable access to space. This presentation explores the development of reusability at SpaceX and the ways in which reusability has revolutionized the company’s business model. Although SpaceX is a relatively new player compared to other providers, it has already had a profound impact on the industry due to its rapid innovation, with a core focus on reusability. The first stage of its Falcon 9 launch vehicle has landed 25 times as of July 2018—both on land and at sea on autonomous spaceport drone ships. These recovered first stages have been refurbished and flown again on 13 missions, successfully demonstrating the true reusability of the design. In early 2018, SpaceX demonstrated a simultaneous landing of both Falcon Heavy side boosters at Landing Zone 1 at Cape Canaveral in Florida.

Reusability is also a fundamental feature of SpaceX’s Dragon spacecraft, the cargo capsule that supplies the International Space Station. In fact, four previously flown Dragon spacecraft have been used on resupply missions for the National Aeronautics and Space Administration (NASA). Other projects in work include fairing reusability for Falcon vehicles. SpaceX’s reusability initiative also provides invaluable flight data to further refine flight environment analysis models and, in turn, vehicle design. Data from each first stage can be stored onboard—enabling multiple cameras and additional high-speed data—and post-flight inspections allow SpaceX to track and control any fatigue-related effects. Observations are logged over multiple flights and facilitate an accurate assessment of a first stage’s flight readiness. With these intrinsic benefits and far-reaching efficiencies, reusability has become a principle technology that will increase the launch rate, reduce the launch cost and ultimately enable more reliable vehicles. 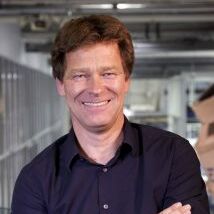