With the successful launch of the Rocket Lab Electron launch vehicle and the completion of the “Still Testing” mission, which carried three customer spacecraft to their desired orbits in January 2018, Rocket Lab is well-positioned to begin delivering on the goal of providing unprecedented access to space for small satellite payloads. Upon entering full commercial operations, Rocket Lab seeks to address major barriers currently associated with small satellites, including long lead times to launch, reaching preferred orbits, and cost. The Electron launch vehicle is a dedicated small launcher designed to liberate the small satellite market with dedicated, high-frequency launch opportunities. Electron is a two-stage vehicle capable of delivering payloads of 150 kg to a 500 km sun-synchronous orbit, the target range for the small satellite market. Vertical integration combined with streamlined processes reduce the traditional lead time to put a satellite on orbit from years to months or even weeks. With the world’s first fully commercial launch range in Mahia, New Zealand, Rocket Lab can accommodate an increased launch cadence as well as reach orbital inclinations from sun-synchronous through to 39 degrees from a single site. Rocket Lab’s Electron vehicle is ready to open space up to the burgeoning small satellite market. 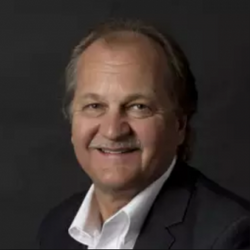