A6.2 Identifying the 50 Statistically Most Concerning Derelict Objects in LEO

While debris mitigation guidelines began in earnest in the 1990’s and space traffic management (STM) activities are accelerating, substantive debris remediation efforts (i.e., operations) have been nearly non-existent to date. The reticence of the space community to execute debris remediation activities is primarily due to two reasons: 1. the cost of debris remediation alternatives is uncertain, but probably expensive, and their performance unproven; and 2. the urgency for debris remediation has not been expressed in a multi-national forum. This paper addresses the latter issue (i.e., highlighting the need for debris remediation) but will hopefully also motivate individuals, companies, and governments to develop a wide range of remediation options that are both operationally effective and reasonably priced. This paper describes several processes for identifying the debris objects on-orbit that pose the most significant potential risk to the operational satellites now and in the future. The characterization of this debris-generating potential is assessed by identifying the individual objects that either currently pose the greatest debris-generating potential and/or if removed would reduce the risk the most if they remediated (i.e., removed or prevented from colliding with each other). The processes used to generate a list of the top 50 statistically most concerning (SMC) objects are outlined identifying the critical assumptions made and the key factors to determine this “hit list” for large derelict debris objects left on-orbit. The results of the multiple international processes are compared and a consolidated list is provided. It is found that the three primary factors used by these processes are mass, encounter rates, and persistence. Of the Top 50 objects, the ones included in all of the approaches are identified, a consolidated list is created, and the significance of the consolidated list is discussed.It is hoped that this international assessment to identify the SMC objects provides a relative assessment for which objects need to be removed but also highlights the substantial risk these objects pose to the spacefaring world in an absolute sense. 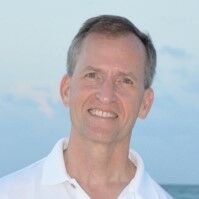