B4.8 Consolidated Phase A Design of the LUMIO Spacecraft: a CubeSat for Observing and Characterizing Micro-Meteoroid Impacts on the Lunar Far Side

The Earth-Moon system is constantly bombarded by meteoroids of different size and impact speed. Observation of the impacts on the Moon can enable thorough characterization of the Lunar meteoroid flux, which is similar to that of the Earth. While Earth-based Lunar observations are restricted by weather, geometric and illumination conditions, a Lunar-based observation campaign can improve the detection rate and, when observing the Lunar far side, complement in both space and time the observations taken from Earth. The Lunar Meteoroid Impact Observer (LUMIO), one of the two winning concepts of the ESA SysNova Lunar CubeSats for Exploration challenge, is a mission designed to observe, quantify, and characterize the micro-meteoroid impacts on the Lunar far side. The mission, currently in its Phase A after successfully passing Phase 0 and an independent feasibility study in the ESA Concurrent Design Facility, is based on a 12U CubeSat that carries the LUMIO-Cam, a custom-designed optical instrument capable of detecting light flashes in the visible spectrum. The spacecraft is placed on a halo orbit about the Earth–Moon L2 point, where permanent full-disk observation of the Lunar far side can be performed with excellent quality, given the absence of Earth background noise.
Although the Phase 0 design of the LUMIO spacecraft was assessed as feasible by the ESA CDF study, a number of critical issues were identified that are now being tackled by the Phase A design. These include: mitigate the zero-redundancy approach adopted in Phase 0 by including in the final design more redundancies in order to reduce risks; ensure Direct-To-Earth communication in parallel with the currently implemented communication to a mothership in Lunar orbit; use Earth ranging to complement and validate the current innovative autonomous navigation strategy based on optical observations of the Earth and the Moon by means of the LUMIO-cam; re-assess the current selection of COTS components for the ADCS, power and propulsion systems, giving particular emphasis to European options; perform a detailed thermal and radiation environment analysis, with the final goal of optimizing the mass and volume of the required shielding.
The paper will present in detail the final Phase A design of the LUMIO spacecraft and the way forward to the following steps in mission implementation (Phases B-C), giving particular emphasis to the above listed challenges and the way how they have been tackled in terms of spacecraft systems, sub-systems and budgets. 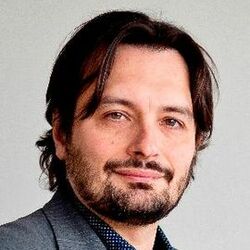