China is carrying out a project of heavy-lift launch vehicle, for future important missions such as deep-space exploration and manned landing on lunar. The 500 ton- thrust-class LOX/kerosene rocket engine will be used for the first stage and boosters of the launch vehicle, which is also the next generation of large thrust rocket engine in China. The engine employ oxidizer-rich staged-combustion cycle system and after-pump gimbal configuration. It has such characteristics as non-toxic and non-pollution, high performance, adjustable thrust and mixing ratio, convenient use and maintenance. Key technologies have been mainly broken through, including step starting mode, after-pump gimbal assembly, large power turbopump, high pressure and large flow combustion components, thrust and mixture control valves, new materials, and hot-fire test. With the application of digital design technology, most of the design work and the first engine product have been completed. In addition, the semi-system hot-fire test has been completely successful, which is the important milestone in the research and development of the 500 ton- thrust-class engine. 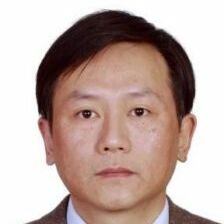