This keynote presentation will examine existing debris mitigation guidelines and propose an alternative set of measures that follow from basic principles of responsible behaviour. Starting with a requirement for operators to take responsibility for their own collision risk, the keynote approach to the development of debris mitigation standards results in reasonable and effective safety practices that better address the space environment challenges of our time.
Indeed, industry stakeholders rather than government regulators have been taking the lead in the creation of progressive safety standards that reflect the realities and urgencies of the current space environment. Their proposals are grounded in the belief that design and operational practices necessary to ensure reliable and sustainable space activities in LEO are foundational responsibilities that every operator should adopt as a part of the cost of doing business in space. One primary responsibility is for every operator to maintain custody of its assets, which includes knowing where they are and being able to actively control their trajectories. Another mitigation guideline that requires immediate adjustment is to reduce the so-called 25-year rule, which allows operators to take up to 25 years to deorbit decommissioned LEO assets, originally an economic compromise between environmental protection and the cost burden a disposal requirement would have on operators. Yet major technological improvements in LEO may render this rule obsolete in the future, leading to a shift in the foundational economic balance toward more deliberate management of space traffic and the orbital environment, and toward shorter deorbit timelines.
Justifications for retaining the 25-year rule based on long-term (i.e., 200 year) “LEO environment stability” are also fundamentally flawed. First, the term “stability” is not defined. Second, such long-term projections are blind to the mid-term (i.e., decades) dynamics of the environment below about 650 km, as are its implications on nearer-term space operations risk, burden, and cost. Last, the validity of such long-term simulations is predicated on our ability to predict – on very long-term scales – rates of launch, satellite failure, post-mission disposal success, on-orbit explosion, collision, and solar activity. 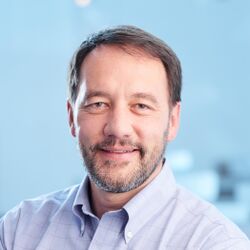