B4.3 CAPSTONE: Pathfinder for the Lunar Gateway

Advanced Space has partnered with NASA to develop and build the Cislunar Autonomous Positioning System Technology Operations and Navigation Experiment (CAPSTONE) mission which will serve as a pathfinder for Near Rectilinear Halo Orbit (NHRO) operations around the Moon. The NHRO is the intended orbit for the NASA’s Gateway lunar orbital platform – as such the CAPSTONE mission will validate simulations and confirm operational planning for Gateway while also validating performance of navigation and station-keeping for future operations. This low cost, high value mission will demonstrate an efficient low energy orbital transfer to the lunar vicinity and an insertion and operations approach to the NRHO that ultimately will demonstrate a risk reducing validation of key exploration operations and technologies required for the future success of NASA’s lunar exploration plans, including the planned human return to the lunar surface. This paper and presentation will include the current mission status leading up to launch, the operations plan for the NRHO, and lessons learned to date in order to inform future CubeSat pathfinders in support of national exploration and scientific objectives. CAPSTONE will fly a 12U cubesat developed, integrated, and tested by Tyvak Nanosatellite Systems carrying a payload communications system capable of cross-link ranging with the Lunar Reconnaissance Orbiter (LRO), a dedicated payload flight computer for software demonstration, and a camera. The cross-link ranging and software demonstration will provide critical demonstration of the Cislunar Autonomous Positioning System (CAPS) to enable peer-to-peer navigation for future lunar missions. CAPSTONE is contracted to launch with Rocket Lab and will be launched in 2021. Upon launch, the spacecraft will traverse a highly efficient transfer taking approximately three months to enter a primary demonstration phase in an NRHO for six months followed by a twelve-month technology enhancement operations phase. The CAPSTONE mission is funded through NASA's Small Spacecraft Technology Program (SSTP), which is one of several programs in NASA’s Space Technology Mission Directorate. SSTP is chartered to develop and demonstrate technologies to enhance and expand the capabilities of small spacecraft with a particular focus on enabling new mission architectures through the use of small spacecraft, expanding the reach of small spacecraft to new destinations, and augmenting future missions with supporting small spacecraft. 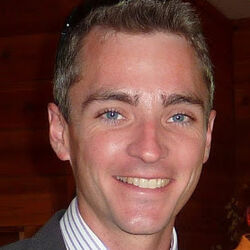