A3.3A Mars Sample Return: An International Round Trip to Another Planet 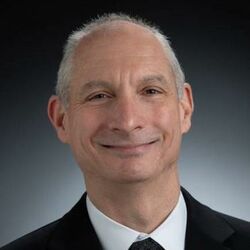 NASA's Perseverance mission arrived at Jezero Crater on Mars in February 2021 and began scientific studies and acquisition of Martian samples for return to Earth by future missions, consistent with the recommendations of the U.S. science community in the previous Planetary Science Decadal Survey. NASA and ESA have established a joint Mars Sample Return (MSR) program to safely deliver these samples back to Earth, allowing researchers to use advanced scientific instrumentation that cannot be transported on robotic spacecraft and enable future studies of carefully curated samples using capabilities that have not yet been developed.

The MSR architecture consists of two flight elements to follow Perseverance, the NASA-led Sample Retrieval Lander (SRL) and the ESA-led Earth Return Orbiter (ERO). The ERO is designed to orbit Mars and provide relay services for the SRL, including its ESA Sample Fetch Rover (SFR) and the NASA Mars Ascent Vehicle (MAV). The SRL deploys the SFR to retrieve Martian samples cached by the Perseverance rover and then returns the samples to the Orbiting Sample container (OS) on board the MAV using the ESA Sample Transfer Arm (STA). Independently, Perseverance could also deliver samples retained onboard to the OS. The MAV would launch and release the OS into low Mars orbit for rendezvous with the ERO. Upon successful capture of the OS in the ERO’s primary payload, the NASA Capture/Containment Return System (CCRS), the OS would be safely contained and loaded into the Earth Entry System (EES). The ERO will leave Mars orbit and release the EES on Earth approach on a ballistic reentry trajectory through the Earth's atmosphere for landing in the United States. Following return of the samples to Earth, the samples would be protected, preserved, assessed, curated, and made available to the international science community for scientific research and analysis.

The NASA SRL and ESA ERO missions are expected to launch as early as 2026, with the return of Martian samples to Earth as early as 2031. MSR’s primary objective is the return of scientifically selected Mars samples for detailed investigation in terrestrial laboratories. The mission would also further inform the design of future human missions. The Mars Sample Return campaign is underway with the successful collection of several scientifically selected samples in Jezero Crater. The MSR Program is working towards a confirmation review in 2023 for the remaining flight elements.