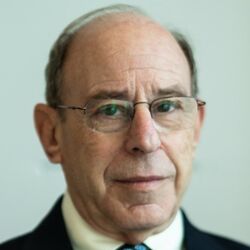 The space debris issue has evolved from a theoretical to a true threat to long-term sustainability of space activities. Over the last 25 years there have been many U.N. and international studies, conferences, guidelines, recommendations, documents, and plans devoted to this topic. There have even been some national regulations and laws passed to minimize future debris. But these are characterized by broad principles, vague requirements (often with waivers and loopholes embedded) and truly little action. Debris mitigation technologies are still in the early R&D stages, and funding has been inadequate, both nationally and internationally. Thus, the technology to remove debris from space remains immature, unproven, risky, and expensive. Human nature itself works against taking regulatory or international actions when there has been no life lost or major interference with the space activities nations wish to accomplish. The purpose of this paper is to encourage nations to stop talking and start acting before even more irrevocable damage occurs. It will demonstrate that there are relatively inexpensive, practical, and effective terrestrial initiatives to mitigate space debris. These are readily available and can be effectively implemented over the next few years with little technical or economic risk. Efforts in this respect have begun to emerge in a few nations, but the efforts have been ad hoc and uncoordinated Early adaptation of some of these simple and inexpensive actions is suggested. For instance: I) nations internally can adjust regulatory and management/financial incentives such as quality control in manufacturing satellites and electronics for use in space; II) the development and open publication of better monitoring and data about space activities including more accurate warnings about conjunction risks; III) increasingly using AI, as well as coordinated international standards for space equipment; IV) planning for the near-term removal of as many large defunct spacecraft as funding and technology can safely complete. Other actions such as international R&D programs, fast adaptation of new technologies with stricter regulations and licensing, more precise and accurate clearing of air space for launches and more effective implementation of treaty obligations are other examples of using existing methods and norms to take actions very soon while other longer-term debris mitigation techniques are perfected. If all nations don’t begin with the easy steps now, using this “low hanging fruit picking” approach, the long-term cleanup of outer space will be more difficult, more expensive, and less effective.