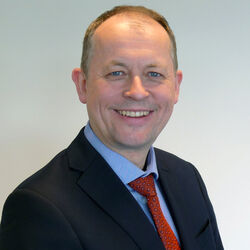 ESA’s space exploration programme “Terrae Novae” encompasses all human and robotic activities related to the exploration and utilisation of LEO, Moon and cis-lunar space, and Mars. Its vision is to expand Europe’s human presence into the solar system using robotic missions as precursors and a balance of partnerships and European-led missions for Moon and Mars activities, aiming at the horizon goal of human Mars exploration. These exploration activities promise scientific discoveries, economic benefits, promotion of global cooperation and inspiration for society and future generations.

Many elements of the Terrae Novae programme are already at full swing. We look back at more than 20 years of ISS operations, European astronaut flights and research in LEO, as we extend the utilisation of the ISS and its benefits until 2030 together with our partners. We carry the partnership forward to the Moon with the development of two European-led elements of the Gateway, namely the international habitat I-HAB and the refuelling element ESPRIT, as well as the continued production of the European Service Module for the NASA Orion system. These elements secure the first European Astronaut missions to cis-lunar space and open access to European scientists for human-assisted science and research in deep space, while European industrial competence is contributing to many more international elements of cis-lunar exploration. Important design consolidation and preparatory activities are ongoing in the programme, like the development of the European Large Logistics Lander (EL3) to deliver about 1.5 tons of cargo and science to the lunar surface repeatedly from 2029, the definition of an ISRU demonstration payload to fly in the mid-2020s, and the construction of the ESA-DLR LUNA analogue facility for lunar operations, training and technology maturation. European contributions to the Mars Sample Return campaign in partnership with NASA are being developed for the next leap in understanding the red planet after the European flagship mission ExoMars with Roscosmos launches this fall.

In 2020, ESA has engaged in a two-year project to define the Terrae Novae long-term strategy, looking to 2030 and beyond, and informing the near-term decisions at the ESA council meeting at ministerial level in 2022. This strategy provides a long-term perspective to maintain European capabilities in LEO within the growing LEO economy and identifies European roles and contributions in Moon and Mars exploration. A first iteration of the strategy roadmap was published in December 2021, supporting the ambition of ESA’s Agenda 2025 to send a European astronaut to the Moon surface by 2030 and to participate to human Mars exploration, and it will be refined and challenged throughout this year.