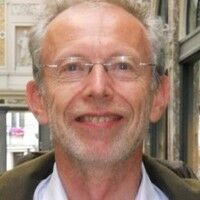 The lecture reviews the contributions of the author to the control of precision space structures during the past 35 years. The first part is devoted to the active damping of space trusses with emphasis on robustness. Guaranteed stability is achieved by using decentralized collocated actuator-sensor pairs. The so-called “Integral Force Feedback” (IFF) is simple and effective, and the performances can be predicted easily with simple formulae based on modal analyses. These predictions have been confirmed by numerous experiments. The damping strategy for trusses has been extended to cable structures, also confirmed experimentally. The second part addresses the problem of vibration isolation: isolating a sensitive payload from the vibration induced by the spacecraft (i.e. unbalanced mass of attitude control reaction wheels and gyros). A six-axis isolator based on a Gough-Stewart platform is discussed; once again, the approach emphasizes robustness. Two different solutions are presented: The first one (active isolation) uses a decentralized controller with collocated pairs of actuator and force sensor, with IFF control. It is demonstrated that this special implementation of the “sky-hook”, unlike the classical one, has guaranteed stability, even if the two substructures it connects are flexible (typical of large space structures). A second approach (passive) discusses an electromagnetic implementation of the “Relaxation Isolator” where the classical dash-pot of the linear damper is substituted by a Maxwell unit, leading to an asymptotic decay rate of -40 dB/decade, similar to the sky-hook (although much simpler in terms of electronics). The third part of the lecture summarizes more recent work done on the control of flexible mirrors: (i) flat mirrors for adaptive optics (AO) controlled by an array of piezoelectric ceramic (PZT) actuators and (ii) Spherical thin shell polymer reflectors controlled by an array of piezoelectric polymer actuators (PVDF-TrFE); aimed at being deployed in space.