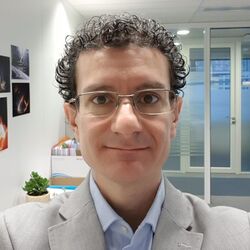 The P120C SRM development was decided at the ESA Ministerial Council in November 2014. This new SRM is intended to be the Common Solid Propulsive Module to be used as strap-on booster on Ariane 6 Launch Vehicle for both 62 and 64 versions and as first stage for Vega Consolidation and Vega Evolution vehicles (VEGA C and VEGA E).

The overarching aim of the new launchers is to provide guaranteed access to space for Europe at a competitive price in exploitation. Strengthened commonality is a key driver for the development of the new European launch vehicles, in particular for achieving non-recurring cost and recurring cost objectives. The P120C Solid Rocket Motor (SRM) is the main common element developed for VEGA and Ariane 6.

One of the main drivers for the achievement of P120C Programme objectives is an increased responsibility allocated to industry, from design to exploitation provided that it leads to cost reductions in development and in exploitation. Therefore, the Design Definition Authority of the P120C SRM is entrusted to Europropulsion by the two launcher system prime contractors. Europropulsion is responsible for the development and production of the P120C SRM, with the support of Avio and ArianeGroup.

The main objectives of the P120C Programme are:

The P120C development and qualification was driven by the following drivers:

To further improve P120C versatility, in order to increase the market opportunities for A62 (mainly for Galileo missions), at the SRM CDR (mid 2015) it was decided to develop also a second motor configuration characterised by higher MEOP (110 bar vs 105 bar of the standard configuration) and shorter combustion time.
After the Preliminary Design Reviews, development and industrialization activities progressed up to the design and manufacturing of first inert (ILM) and active (DM) P120C SRM models that allowed also to validate the innovative technology of SRM assembling in horizontal position.

The first (DM) Static Firing Test (SFT) was successfully performed in July 2018, followed by the CDR held in November 2018. The second (QM1) SFT was successfully performed in January 2019, confirming the soundness of the SRM design. The first step of the Ground Qualification Review was completed in October 2019 declaring the P120C flight worthiness for VEGA C and allowing starting the manufacturing of the SRM for VEGA C maiden flight. The third (QM2) SFT was successfully performed in October 2020, testing the High Performance configuration (higher MEOP, shorter combustion time). QM2 after-firing analyses permitted to consolidate the SRM development files that were presented at the Ground Qualification Review Step 2, started in March 2021. The final close-out held in December 2021 finally declared P120C SRM as qualified also for the A6 launcher and authorised the manufacturing of the SRMs for A6 maiden flight.

VEGA C Maiden Flight is planned to take place in Q2 2022. This will be also the P120C Maiden Flight. The integration campaign on the launch vehicle is foreseen in April.

After the recall of the European context and the need for a common SRM for VEGA and Ariane 6, the paper will detail the Development and Qualification of P120C, the milestones, the achievements and the overall Programmatic Management up to the final Ground Qualification. Finally, the main results of P120C Maiden Flight will be presented.