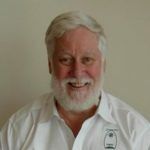 The thesis of this research is that a Permanent Space Infrastructure would enable massive movement of cargo to GEO and beyond in a safe, environmentally friendly, inexpensive, daily and routine way – thus transforming the approach for humanity to escape the Earth’s gravity. How many dreams can come true when you can lift 30,000 tonnes to GEO and beyond per year at initial operational capability (170,000 at full operational capability)? The restrictions of rocket launches are well understood; but, when you beat gravity you:

A Mars settlement will be used as an example: The most remarkable strengths of Space Elevators relate to being permanent transportation infrastructures. A recent study completed by the Arizona State University and the International Space Elevator Consortium illuminated some remarkable conclusions about supporting settlements on Mars (as an example of developing off-planet development). This movement off planet includes Space Elevators’: