E1.4 Practical and effective education based on micro/nano/pico-satellites and their contributions 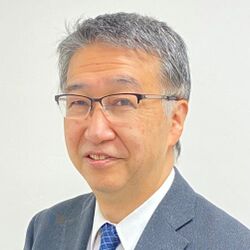 Professor, The University of Tokyo

University of Tokyo launched and operated the world first CubeSat in 2003, and since then we have been developing 13 micro/nano-satellites less than 100kg, with various missions including space engineering education, in-orbit experiments, remote sensing, space science and exploration, entertainment, and capacity building for foreign countries, etc. These activities contribute not only to technological development, creation of new type of missions and business but also to “education.” Satellite development is an excellent educational material for systems engineering as well as “training of problem solving skills,” which can contribute to capacity building for various engineering fields and levels. Failures experienced in small project can contribute a lot to the development of human skills required for space projects. Considering such merits, I have been using micro/nano-satellites to educate many young students and engineers in Japan as well as in foreign countries, with significant effects. To accelerate such activities, university community is very effective. International space community consisting of more than 180 universities called “UNISEC-GLOBAL” was established in 2013, and has been playing a unique role for technology development as well as capacity building especially for emerging countries, in which various completion style educational events have been organized such as mission idea contest, CanSat comeback competition, debris mitigation contest, etc. In the plenary talk, the history of University of Tokyo’s micro/nano-satellites development as well as various domestic and international educational activities will be shown, followed by discussions as to how and why micro/nano-satellites and university space community can play unique roles for education.