A4.1 Pesek Lecture: Breakthrough Listen Search for Intelligent Life in the Galactic Plane with the Parkes Telescope 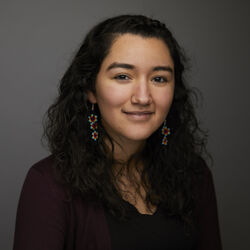 Over the last decade, discoveries of numerous Earth-type exoplanets have extended the possibility of other life-bearing worlds. However, the question of the existence of intelligent life might remain elusive unless a dedicated attempt is made to extensively Search for Extraterrestrial Intelligence (SETI). The Breakthrough Listen (BL) program is a 10-year effort to conduct the most sensitive, comprehensive, and intensive search for advanced intelligent life on other worlds ever performed. One of the primary targets of the BL program is a comprehensive blind survey of the entire Galactic Plane to search for artificial narrowband transmitters from ETIs (Isaacson et al. 2017). The Galactic Plane is an ideal direction to search for such signals due to the increased likelihood that transmitters would emit toward this region as opposed to random directions (Grimaldi 2020). Here, we discuss our findings from two full scans of the Galactic Plane over 1200–1550 MHz using the Parkes Telescope’s 21cm Multibeam Receiver, covering roughly 3000 square degrees over Galactic longitudes -174◦ < l < 60◦ and latitudes |b| < 6.5◦ during 1200 hours and observing billions of stars in the Milky Way in the process. This is one of the largest and most sensitive blind surveys ever performed to search for signs of intelligent life. Moreover, the Parkes 13-beam receiver allows a unique opportunity to discriminate terrestrial interferences from truly sky localized signals among all 30 million hits. We have extended the multibeam coincidence rejection technique used for detecting Fast Radio Bursts to scrutinize narrowband signals detected across 13-beams. Such techniques have never been used in the search for ETIs before and has allowed some of the best possible ways to reject large fractions of false positives. I will review our strategy and search results, as well as its applications going forward as we look towards expanding our search with other multibeam telescopes.