The proposed event will present in lecture format the Supplement issue of the Global Exploration Roadmap (GER), on behalf of the International Space Exploration Coordination Group (ISECG). The 2018 Global Exploration Roadmap (GER) captured the participating International Space Exploration Coordination Group (ISECG) agencies’ vision for international collaboration based upon a common set of exploration goals, objectives, and recognized benefits to humanity. Recently, many agencies have renewed their focus on the Moon and the ISECG agencies have updated their Lunar Surface Mission Scenario to capture the latest exploration plan in this supplement to the GER. In addition, the ISECG community has expanded with the addition of seven new countries now participating in global collaboration. This growth reflects the increasingly important role of spaceflight endeavours in providing economic benefits to Earth while achieving scientific and exploration goals. In parallel, commercial spaceflight is achieving new, lower cost capabilities for spaceflight leading to economic conditions suitable for business sustainability and has opened the spaceflight frontier to new entrants and new government strategies for science and human exploration of the solar system.

The GER Supplement issued in August 2020 summarizes the united mission scenario and architecture for human lunar surface mission, integrating the above mentioned renewed and emerging national plans and commercial capabilities. Firstly, common sets of objectives for human lunar surface exploration were coordinated and summarized into 12 objectives with rationale and performance measure target. Secondary, architecture and campaign sequence to realize the objectives are studied and coordinated into one scenario. As a result, we came to conclusion to have three phases approach which are:

Also, we identified elements to compose the architecture with key features.

In this plenary event, we will provide summary of the GER Supplement and discuss at the following panel how the space agencies are going to implement the scenario and architecture described in the GER Supplement. 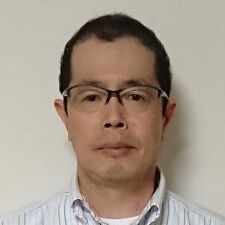