An Evening with Space Industry Executives

AN EVENING WITH SPACE INDUSTRY EXECUTIVES – IAC 2012 MR LOPOTA AND MR CROCKER TALK TO YOUNG PROFESSIONALS Lopota-Crocker_1_d84dd0 The 63rd International Astronautical Congress was held in Naples, October, 1 – 5, 2012. The heads of Space Agencies participated in the plenary sessions; leading aerospace specialists held presentations and big attention was paid to the young professionals working in space industry, scientific centers and also to students. Space Agency and Industry leaders once more proved that they realize the importance of involving young generation in the field of astronautics.

In the framework of the Young Professionals Programme, specifically during the “Evening with Industry” event, RSC Energia President and General designer, Member of the International Academy of Astronautics V. Lopota and Lockheed Martin Vice-President J. Crocker addressed the young audience.

On the request of the meeting Moderator, Mr Lopota and Mr Crocker had the chance to tell young professionals their experiences with teachers, first jobs and their way up to the top of the astronautics field. They also underlined the importance of future cooperation for the advancement of deep space exploration.

The young audience was most interested in knowing which qualities are required from a young professional to be successful in the implementation of the space programs. Mr Crocker replied that one of the features that made humanity strive for the unknown was curiosity. Mr Lopota named “Commitment and motivation, based on three principles: to create simplicity out of chaos, to make harmony out of disagreements and to find solutions to difficult tasks”. He also emphasized the importance of always being highly professional and absolutely honest. The industry leaders remembered the history of space exploration; recalled joint international programs such as Soyuz – Apollo, Mir – Shuttle and then focused on the present space programs: Sea Launch and the ISS. Mr Lopota expressed his appreciation for the new type of relationships that were built thanks to the ISS and he emphasized how “the ISS was the school for the creation of the new interfaces: electrical, mechanical, logical and psychological”. 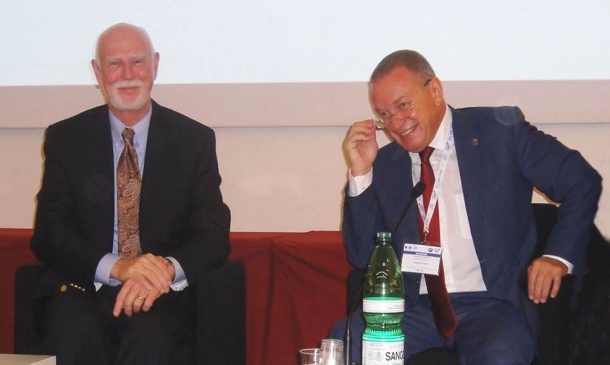 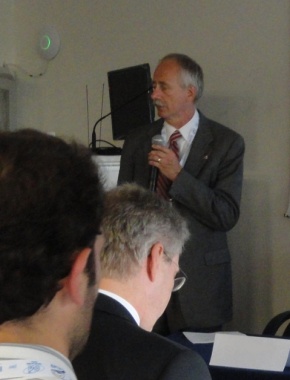 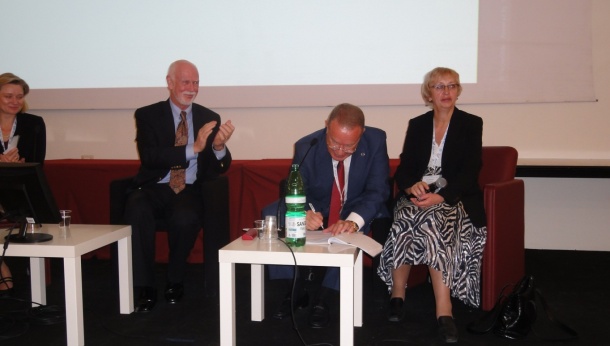