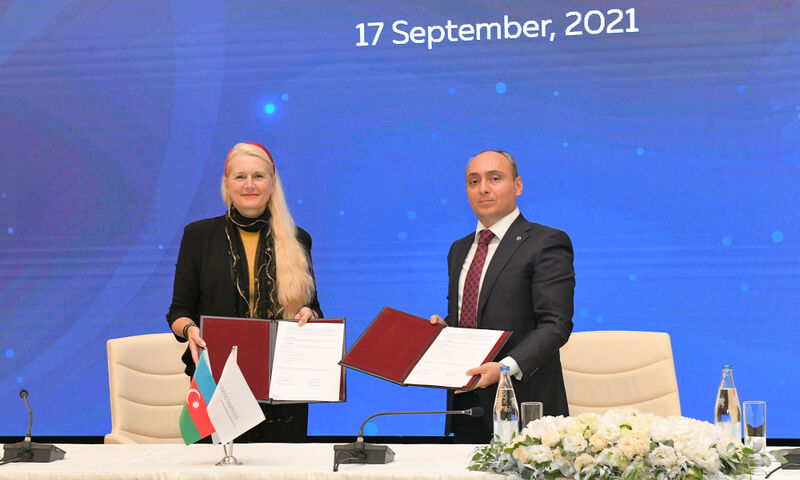 Baku, 17 September 2021 –– A meeting was held with the delegation headed by the International Astronautical Federation – IAF who paid a working visit to the Republic of Azerbaijan.

At the bilateral meeting, Minister of Transport, Communications and High Technologies Rashad Nabiyev noted that independent Azerbaijan became a member of the world space family thanks to successful satellite projects initiated and led by His Excellency President Ilham Aliyev. "As a result, such an important event as the International Astronautical Congress will be hosted by Baku again after half a century," highlighted Mr. Nabiyev during the meeting.

It was emphasized that this event, along with Azerbaijan, will provide an invaluable opportunity for neighboring countries, including non-IAF member states, to integrate more closely into the global space industry.

Professor Pascale Ehrenfreund, President of the International Astronautical Federation thanked Azercosmos for strong cooperation and stated: “I am positive that the IAC 2023 will mark an important time in Azerbaijan’s footprints in the space arena and will help to establish Azerbaijan as one of the driving forces of the global space industry.”

After the signing ceremony, a media conference was organized to officially distribute information and answer questions from the media with the participation of the Minister and the IAF.