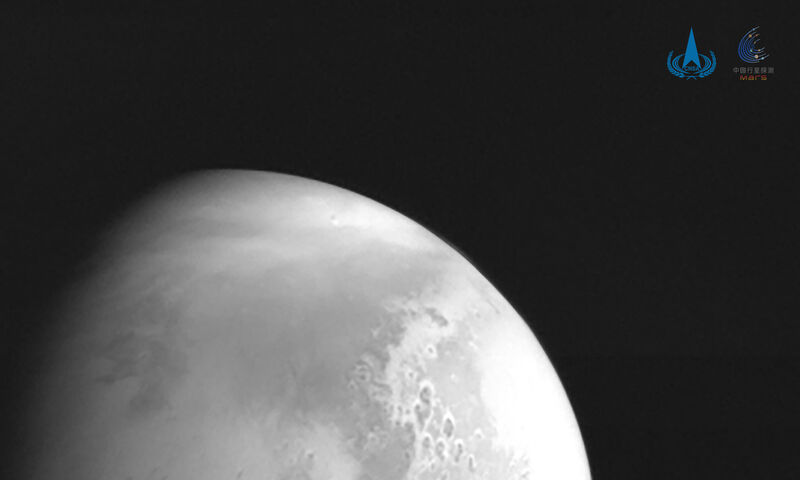 Tianwen 1, China's first independent Mars mission, was launched by a Long March 5 heavy-lift carrier rocket on July 23 from the Wenchang Space Launch Center in Hainan province. Having travelled for about seven months, it entered Mars orbit on 10 February 2021 by performing a burn of its engines to slow it down enough to be captured by Mars' gravitational pull. The orbiter will spend the next few months scanning the surface to refine the target landing zone for the rover, which is planned to occur in May or June 2021. It will approach at about 265 km (165 mi) to Mars' surface, allowing a high-resolution camera to return images to the Earth and to map the landing site in Utopia Planitia. Tianwen 1 has flown for 197 days and more than 465 million kilometers on its journey to the planet. It is now around 184 million km from Earth and 1.1 million km from Mars. Depending on the two planets' orbits, Mars is between 55 and 400 million km from Earth.